Korean PCB Market had a fast growth along with the growing mobile phone industry, among which Flexible PCB plays a pivotal role. Since 2014, Korean PCB market has been having a growth recession. By the end of 2015, it shoed even negative growth. A few reasons that can account for this: mobile phone market reached a plateau; PCB with high-value-added has been in price war caused by continuous depressed Japanese Yen, fast technology development of Chinese PCB industry, etc.

How is the Korean PCB market performance in recent years? These two pictures below may give you a clear idea. 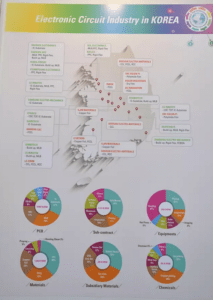 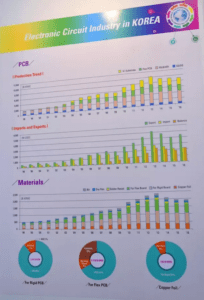 The Korean domestic market, along with the international market, affected by the international economic crises, received declining orders from smartphones. The second half of 2016 had a better performance than the first half, yet still had a negative growth due to the break off of new products. However, professionals from Korea are positive about the market in 2017, they think there will be a positive growth in the production of PCB.